The Speedmind project addresses some of the most important challenges in biodiversity monitoring at large scale. These include the preferential (or opportunistic) sampling aspect of presence-only data in the absence of full surveys (inventories), and the fact that species distribution maps (SDMs) are often constructed for one species at a time (no joint modeling of multiple species). The preferential biased sampling challenge arises from the plant species sightings provided by InfoFlora, the national data and information center of the Swiss flora, and the way it relies on citizen science/crowdsourcing for plant sightings. To address these challenges, we explore two approaches: one borrowing from recommender systems, and one based on spatial point processes. Both approaches leverage the presence data of multiple species taken together and yield usable SDMs, including realistic predictions at unmonitored locations.

Read the article about this project on our blog:

Applicable to any species group world-wide, Speedmind focuses on flora data from Switzerland as a pilot system which builds plant species distribution maps (SDMs) by incorporating an extensive amount of data. These data are pooled from various sources in novel ways for the domain science, fostering the link between ecological sciences and citizen science. Notably, Speedmind has a strong citizen science component as it relies on plant species sightings from InfoFlora, the national data and information center of the Swiss flora.

The preferential biased sampling challenge arises from how plant species sightings are being recorded: sightings across Switzerland are reported by thousands of citizen scientists in the field with the freely available InfoFlora mobile app (FloreApp). However, most citizen scientists are not botany experts and generally only collect observations of species from easily accessible areas in the landscape (e.g. close to roads and paths). More information can be found in this blog post about the project.

The development of SDMs jointly for 3500+ plant species over Switzerland enables the following: 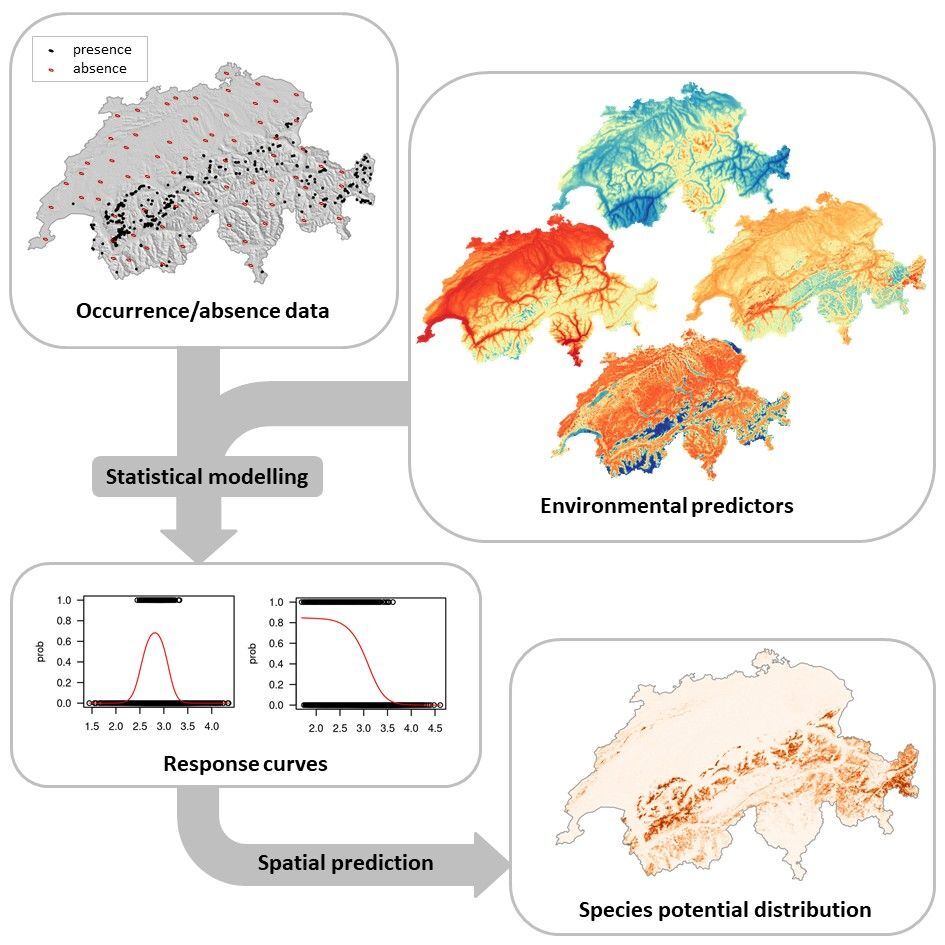 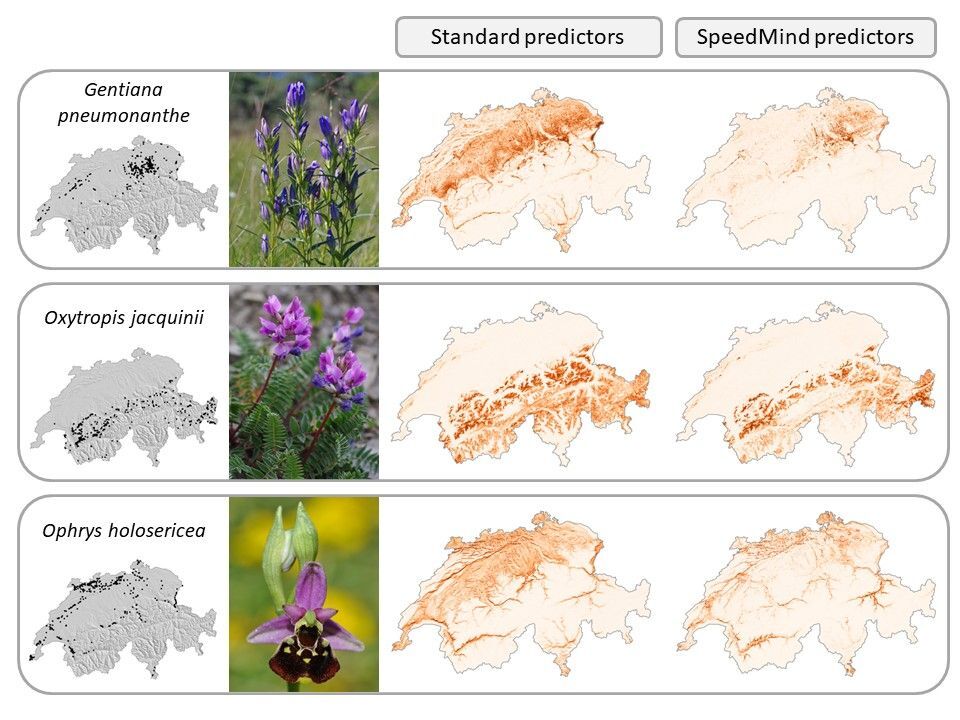 Prior to the development of new models for plant SDMs, we have integrated large amounts of heterogeneous data sources (environmental data streams, maps, trait data, phylogenies, species occurrence data) in a standardized warehouse, representing an important contribution as it brings in one place disparate ecological, spatial and thematic information. In particular, Speedmind developed new types of predictors sets at a very high spatial resolution (93 m), that are highly gained in precision and enable a better description of the species ecological niche.

First, we generated highly computational demanding maps of climate (temperature and precipitation) by downscaling CHELSA climate layers (Karger et al. 2017) from 1 km to 93 m spatial resolution in Switzerland. This pipeline will be further made available as an online tool to generate world level climate maps at 93 m resolution, which represents a major step in domain science for high resolution biodiversity studies.

Second, by combining a massive amount of plant data occurrences with expert-based ecological indicators of the plant ecology (classification of species ecological preferences for several climate and soil parameters), we used machine learning models (random forest) to generate eight ecologically meaningful predictors of plants (e.g. soil acidity, soil moisture, etc.). The resulting predictors outperformed traditional predictors used in ecology and increased our ability to predict the distribution of plant species in Switzerland, with an average improvement of 7.7% in model performance (delta TSS). In particular, species growing into moist habitats (e.g. Gentiana pneumonanthe) and growing along gradients of soil acidity (e.g. Oxytropis jacquinii, Ophrys holosericea) strongly benefited from this new set of predictors (Figure 2). While getting more informative predictors of species distribution is a first step, the machine learning algorithms developed within Speedmind will further enable to improve the modelling process and our understanding of the species ecological niche in a new and challenging way for domain science.

While modelling rare plant species is a main challenge using traditional SDMs (because of low data availability), we aim at achieving this by jointly modelling rare species with the more widespread ones and by integrating information on species ecological and morphological similarities. More precisely, we are using two separate approaches to build joint species distribution models. The first is a hierarchical Poisson factorization approach, a form of recommender system where the most likely location-species pairs are identified and distinct latent weights represent preferences of locations and prevalence of species. The second approach is a log-Gaussian Cox process where environmental information is introduced as smooth non-linear effects. This point process is further enhanced by including predicted intensity fields from other species, which achieves a joint modeling. 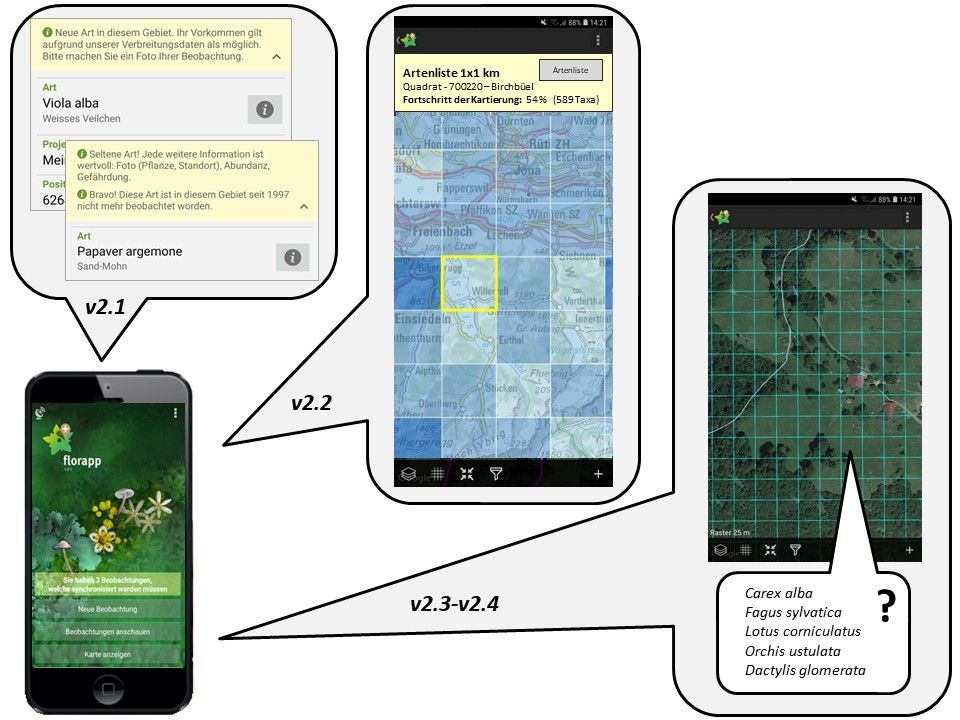