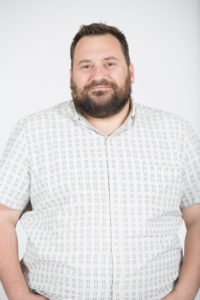 Fotis has joined SDSC as Sr. Systems Engineer.
Before SDSC's Engineering team, Fotis has been delivering HPC platforms and large scale services across several countries, with varying technical complexity.
Even with multiple projects, ranging from global ISPs TCP/IP delay measurements, several clusters for CERN's Large Hadron Collider physics experiment, developing in EasyBuild while automating HPC software builds and contracted for professional documentation thereof, up to delivering in 2015 and running the system that has led globally for processing most human DNA for clinical use ever, 100K Genome Project, Fotis always found the time and enthusiam for training hundreds of scientists and systems administrators to fulfill their mission.
Finally, Fotis is an active promoter of Open Source Software and open standards and has been spearheading several impactful HPC/OSS hackathons.