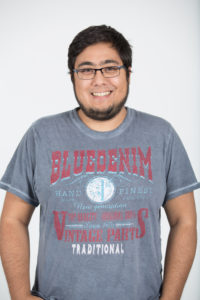 Johann holds a Master's Degree from École Polytechnique, Saclay and joined the Swiss Data Science Center in early 2017. Before joining the team Johann-Michael has worked at IBM Research in Dublin where he covered a variety of topics such as Big Data Analytics and Predictive Maintenance. He is now focusing on development and deployment of the Renku platform along with projects involving industry partners.

Johann joined Google Zurich in January 2019 and is working on the Google Assistant.