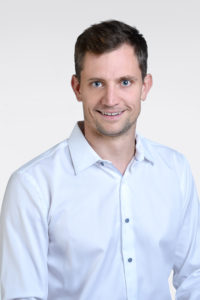 Andreas received his PhD in Computational Astrophysics from University of Zurich in 2014. His PhD research was focused on studying the star formation process in the milky way through large-scale computer simulations. The PhD was followed by a postdoc period at University of Zurich, during which Andreas explored and implemented new ways to optimize parallel simulation code for astrophysics and cosmology. After co-founding a startup for which he developed a recommender system as a cloud-hosted microservice, Andreas joined the SDSC in September 2017.
Andreas holds the diploma of a high school teacher in Physics. But even more than teaching physics he enjoys teaching other people how to ski.
Gérer le consentement aux cookies
We use cookies to optimize our website and our service.
Manage options Manage services Manage vendors Read more about these purposes
Preferences
{title} {title} {title}