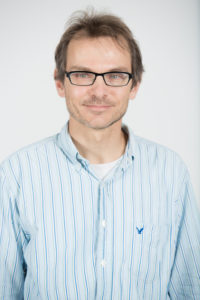 Eric received his PhD degree in Electrical Engineering from Columbia University, New York, in June 1999. Eric Bouillet has been working at IBM T.J. Watson Research Center, Hawthorne, NY since June 2004, and at the IBM Smarter City Technical Centre, Dublin from October 2010 to August 2016. While at IBM he has been working on scalable data stream analytics applied to a number of fields, including finances, law-enforcement, telecommunications, environmental monitoring, intelligent transport systems, and aircraft reliability control systems. Before joining IBM Research, Eric Bouillet was at Tellium, Oceanport, NJ where he was part of the research team who invented and designed the first commercial optical mesh restoration network (deployed nationwide and documented in their book Path Routing in Mesh Optical Networks), and at Lucent Technologies’ Mathematical Science Center in the department of Mathematics of Networks and System Research department where he worked on the design optimization and sizing of circuit and packet switched networks.